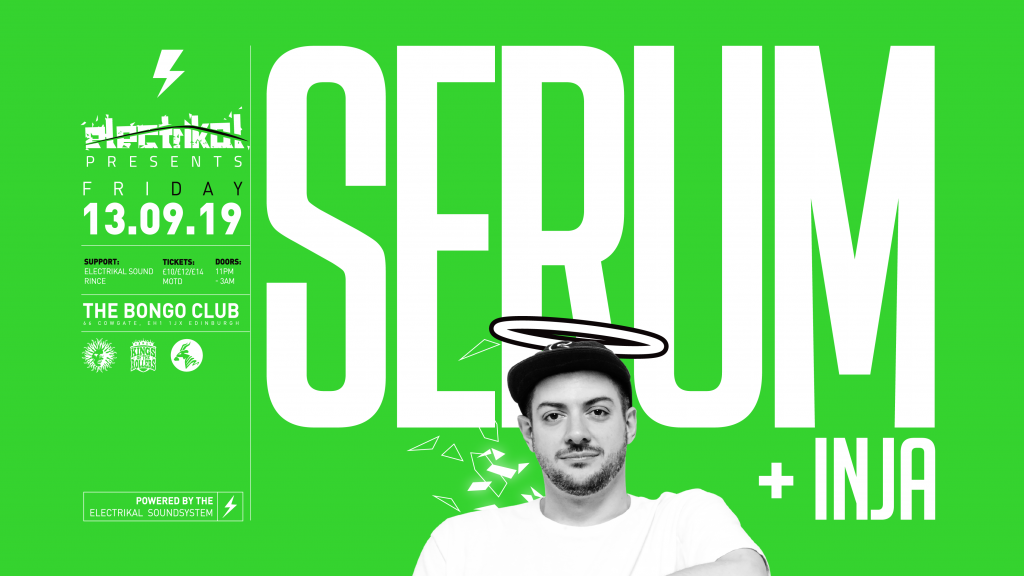 A combination of hard graft and over 10 years of experience in DJing and production has seen Serum rise from relative obscurity into being one of the most prolific of the new breed of dnb producers. His mix of vintage jungle and futuristic modern jump up has shown widespread appeal, with tracks being picked up by many of the scene’s biggest labels, such as Dread, Creative Source and V Recordings as well as being one part of the hugely successful King of The Rollers signed to Hospital Records…

Joining him on the night will be the ever talented Inja on mic duties, Inja, a legend in his own right, has been a main staple in the UK Hip Hop scene for many moons and has recently laced his vocals on some of the biggest drum & bass tunes to date and released an album of slammers on Hospital Records.